Gardens plan gets thumbs up 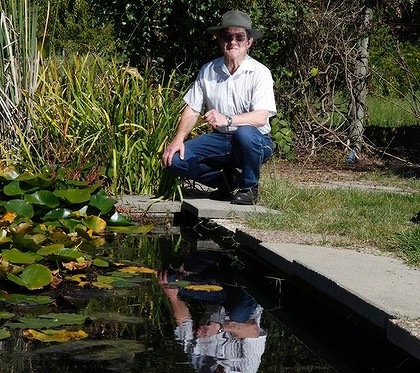 The Friends of Fetherston Gardens say they are mostly pleased with a draft plan outlining future development of the Weston site but want a commitment on funding and ongoing maintenance from the ACT government.

Part of the former Canberra Institute of Technology School of Horticulture, Fetherston Gardens comprises an arboretum, woodlands garden and an enclosed ”secret garden”, and was named in honour of the first head of the school, Tony Fetherston.

Redbox Design Group consultants were commissioned in June last year to develop a concept plan and staged program of works for the next five to 10 years.

The report has made recommendations including how to refresh the plantings and proposals to build new and extended pathways, create a junior play lawn, build feature walls and seating and introduce a dogs-on-leash policy. It also suggests ways to provide a water supply, including building underground tanks and drawing from a pond at the planned nearby Defence housing estate.

Friends of Fetherston Gardens president Trevor Wilson welcomed the plan but is concerned about when the gardens might actually be re-opened. ”Our group is very happy with the look of the design of the gardens in the new concept plan which fairly closed reflects the views we had given to the consultants. The idea of having the garden for everybody and for all sorts of uses was something that we had pushed,” he said.

Mr Wilson said there was concern about future funding and water availability. ”The government’s statement is all very fine but it doesn’t contain any commitments to funding or any timetables about whether the gardens might be expected to be opened to the public,” he said. ”It’s already two years of them not being used and the gardens need a modest amount of infrastructure, it doesn’t have to be lavish. We need water, we need a power supply so that we can have some lighting and we really think it would be desirable to have a small information booth and some public toilets.

”But water is the most important thing.” The draft plan is available at tams.act.gov.au as well as the Woden and Civic Library and the Woden Shopfront, while feedback can be provided at timetotalk.act.gov.au. Community feedback closes at 5pm on May 2.